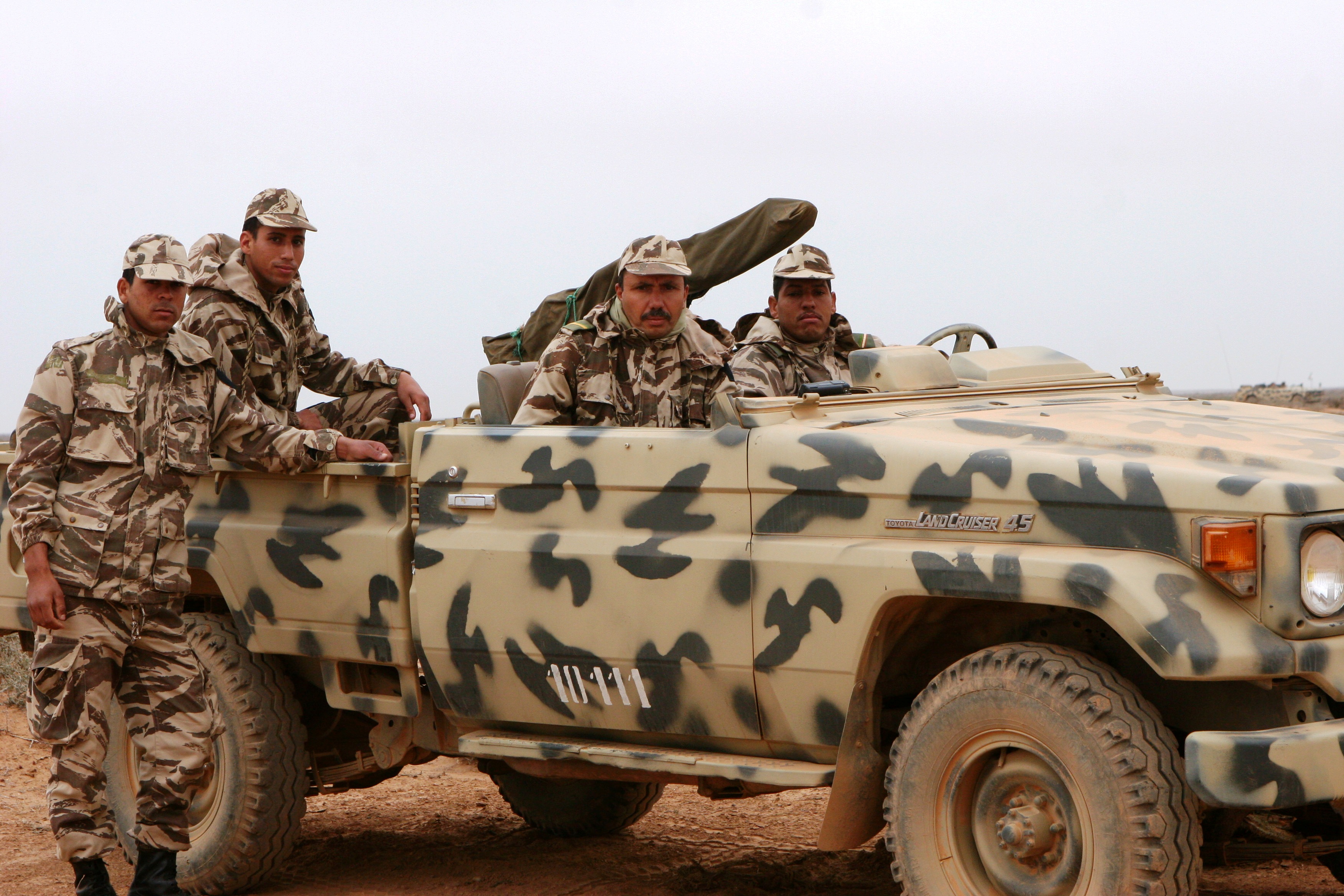 Human Rights Watch (HRW) has published an interesting report about abuses of Sub-Saharan African migrants in Morocco by security forces. The government of Morocco has temporarily ceased the mistreatment of migrants when the report was published bringing international attention to the problem. Then, after a few months international attention has changed direction and Morocco took over the ill-treatment. Morocco’s official response to the report of  HRW is not convincing. They say that the accusations made by the report are unfounded despite HRW evidence.

The European Union (EU) provides multi-millionare funding to Morocco’s migration management system since year 2000 (see Aeneas and MEDA programs). The EU and its members should reassess the adequacy of their programs refraining from signing any further agreement with Morocco. Because the feeling is that the EU pays Morocco to violate international law and human rights. This reminds me a lot of Dambisa Moyo’s book “Dead Aid” on why aid in African countries does not work. She argues that development assistance to African governments fosters dependency, encourages corruption and ultimately perpetuates poor governance and poverty.

Moroccan security forces commonly beat, otherwise abuse, and sometimes steal from sub-Saharan migrants in the northeastern part of the country, Human Rights Watch said in a report released today. These abuses persist despite some improvements in the treatment of migrants since the government announced a new migration and asylum policy in September 2013. Since that time, the practice of summarily expelling migrants at the border with Algeria appears to have stopped.

“Morocco should make clear to its security forces that migrants have rights,” said Bill Frelick, refugee program director at Human Rights Watch. “Morocco needs to call a halt to beatings and other abuse of migrants.”

Spanish security forces also use excessive force when they summarily expel migrants from Melilla, Human Rights Watch found. Spain should stop all summary returns to Morocco at the Melilla border, and suspend forcible returns to Morocco of migrants reaching Melilla until Morocco demonstrates that they are no longer at risk of beatings and other abuses upon their return and that their rights are protected.

Morocco’s new migration and asylum policy is based on recommendations by the National Human Rights Council (CNDH) and endorsed by King Mohammed VI. The reforms include granting legal residency to migrants whom the United Nations High Commissioner for Refugees (UNHCR) has determined to be refugees. Once processed by the newly reactivated National Office for Refugees and Stateless Persons, the refugees obtain resident cards that give them the right to work and receive certain social services.

Morocco has also put into place an “exceptional” regularization procedure through 2014 to allow undocumented migrants who meet certain criteria to apply for a one-year renewable residency. It is unclear how many of the 25,000 sub-Saharan migrants estimated to be in Morocco will meet the criteria. A brief informal survey indicated that few of those living in makeshift camps in Nador and Oujda would qualify.

The government told Human Rights Watch that it is also drafting new laws on asylum, human trafficking, and migration.

Sub-Saharan African migrants leave their countries because of poverty; family and social problems; political upheaval and civil conflict; and, in some cases, fear of persecution. Many in northeast Morocco aim to reach Europe. Many of the migrants interviewed for this report lived in makeshift shelters outside of larger cities, surviving on meager resources, and in constant fear of police raids.

In December 2011, according to reports by nongovernmental organizations, Moroccan authorities stepped up the practice of raiding unofficial migrant camps in forested areas outside of Oujda and Nador. Gendarmes and Moroccan Auxiliary Forces destroyed migrants’ shelters and sometimes stole their valuables during these raids, migrants told Human Rights Watch. The security forces arrested male migrants, bused them to the Algerian border, and ordered them to keep walking, bypassing the administrative and judicial due process requirements for deportations under international and national law.

“Nicolas,” 39, from Cameroon, described being shoved toward Algeria as security forces yelled “Yallah! [Let’s go!].” “They treated me really badly, they kicked me so much that I am peeing blood as a result,” he said. Names of migrants interviewed were changed for their protection.

Interviews Human Rights Watch conducted in northeast Morocco in January 2014 with migrants and nongovernmental organizations working locally said that the summary expulsions to the border with Algeria had ceased and that police raids on migrants living in and around Oujda had eased since October 2013. However, police are still conducting raids in the Nador area. Migrants described raids that occurred as recently as January 29, 2014, when police destroyed makeshift migrant encampments and arrested and beat people trying to reach Melilla. Authorities rounding up migrants in Nador in recent months bused them to Rabat and other coastal cities, rather than to the Algerian border, as previously, migrants and nongovernmental groups told Human Rights Watch.

In relation to the expulsions documented in the report, the Moroccan government told Human Rights Watch that it did not expel people but rather carried out lawful “returns to the border.” However, the Moroccan-Algerian border remains formally closed, and migrants told Human Rights Watch that Moroccan security officers took them to isolated locations and used force or the threat of force to coerce them to walk toward Algeria.

Expelled migrants who encountered Algerian security forces faced additional abuses. Migrants said that some Algerian border authorities forced them back into Morocco, sometimes violently, after robbing them of their valuables.

Each expelled migrant interviewed who had managed to return to Oujda or Nador described expulsions that ignored basic due process requirements.

Article 23 of Morocco’s immigration law provides for the right to request a lawyer or an interpreter prior to expulsion. Article 22 of the International Convention on the Protection of the Rights of All Migrant Workers and Members of Their Families, to which Morocco is a party, provides for an expulsion decision in writing and the opportunity to challenge that decision.

While noting positive features of Morocco’s new migration policy, Human Rights Watch remains concerned by new reports of police violence against migrants near the border with Melilla. The Moroccan government should ensure, as part of its reforms, that the security forces refrain from using excessive force toward migrants and respect the due process rights of every migrant they take into custody.

The Spanish government should stop summarily returning migrants who enter Melilla to Morocco. Spanish law requires security and border forces to follow deportation procedures in removing migrants who enter Spain illegally. These returns also violate international and European Union (EU) law, which prohibit countries from forcibly returning anyone to a place where they would face a real risk of being subjected to inhuman and degrading treatment. Spanish authorities should also ensure diligent investigations of allegations of excessive use of force by its own forces and exert pressure on Morocco to end the use of unwarranted force against migrants.

Human Rights Watch examined the treatment of migrants in Morocco in relation to the EU’s avowed goal of controlling its borders through the help of third countries neighboring the EU. Morocco and the EU have embraced a joint policy of preventing undocumented migration toward the EU, through financial cooperation, for example. Human Rights Watch urged the EU to ensure that it does not provide support for any programs or Moroccan forces that violate the rights of migrants as guaranteed by international human rights law.

“Morocco has apparently stopped dumping migrants at the Algerian border, but that’s not enough,” Frelick said. “Morocco needs firm procedures to make sure that the migrants’ due process rights are respected and to allow them to apply for asylum.”

For details about the January 2014 interviews, please see below.

Additional information from 2014 interviews
Two Human Rights Watch researchers conducted  individual interviews with nine migrants in Gourougou, Nador and five in Rabat. All of those interviewed were men – ten from Cameroon, two from Mali, and two from Gabon. Names of the migrants were changed for their protection.

In interviews with Human Rights Watch in Nador on January 29 and 30, and in Rabat on February 3, migrants said that security forces still frequently carry out raids on their camps in Gourougou, the forested mountain outside of Nador, overlooking Melilla, during which they destroy and burn migrants’ property and makeshift shelters.

Nador is a jumping-off point for many migrants trying to reach Melilla, either by inflatable boat or by climbing the fences surrounding it in large groups, sometimes several hundred migrants at once. Migrants who managed to enter Melilla said that Spain’s Guardia Civil summarily removed most of them and handed them over to Moroccan border patrols at the border. They said Moroccan authorities frequently beat the border crossers, including children, who were in their effective custody, and not resisting or attempting to flee.

At the Melilla border
Human Rights Watch interviewed five migrants in Rabat, who said that during an attempt to scale the Melilla perimeter fence in the early hours of February 2, the Spanish Guardia Civil and the Moroccan Auxiliary Forces employed excessive force against them.

Joseph, 31, from Cameroon, who limped and had a swollen eye, said:

We went toward the fence to go into Melilla and we tried to get in. A few of us managed to enter Melilla but the Guardia Civil stopped us. They hit us with clubs. They hit us very hard for 5 to 10 minutes. They handcuffed us [with plastic restraints], and then they opened the gate in the fence and handed us over to the [Moroccan] Auxiliary Forces.

The Auxiliary Forces hit us with clubs. While they hit us, they also searched us. They stole 250 dirhams [US$30] from me along with my mobile phone. They made us lie face down on the ground, still handcuffed. We stayed on the ground for an hour while they hit us. They hit me on the eye with a stick. They only stopped hitting us when more senior officers came.

We arrived to the fence and sirens started wailing… I could see my friends who were inside [Melilla]. The Guardia Civil hit my friends with big sticks. Not police clubs, but sticks. They hit you until you faint… I retreated back to the Moroccan side. When I came back down, they [Moroccan Auxiliary Forces] hit me. They handcuffed me, and then made me lie down on the ground, face down. They searched me and stole my money, my phone, and even my shoes.

In the night of December 24 [2013], there were 15 of us advancing toward the fence. As we were coming toward the fence, the Alit [Moroccan Auxiliary Forces] saw us and started throwing rocks and sticks at us. Nine Alits grabbed us; they took me to a hidden corner and hit me and other migrants there for 30 to 40 minutes, and then they took us to the commissariat. I was able to go to the hospital instead. I got medical attention for my injuries and came back the next day to Gourougou, with the help of NGOs [nongovernmental organizations].

Ahmed, 22, from Cameroon, was also part of this group:

We were all intercepted and arrested at the first fence. My feet were bleeding from the barbed wire and the auxiliary forces arrested me. They attached my hands behind my back with a cord and beat me everywhere on my body with batons. Some of them were jumping on my back to force me to lie on my stomach. At 8 a.m. they drove us to the police station in Nador. They didn’t ask us to provide any documents. They only asked us, as always, our names and nationality. They refused to take me to thehospital although I was bleeding. In the evening, they drove us in a bus to the bus station of Rabat.